Listen to your gut! 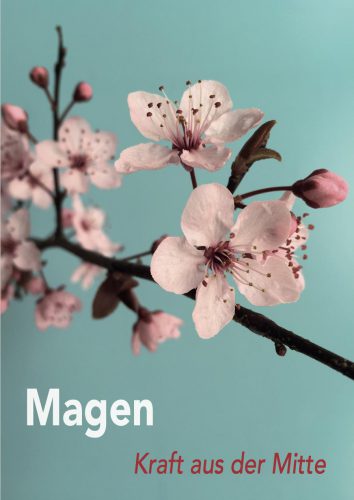 Our stomach is not only the epitome of our digestion but also the centre of our body. Expressions like: “to cause an upset stomach”, “gut feeling”, “my gut tells me” or “to have no stomach for something” indicate that out stomach’s function is much more than just digesting. It has its own nervous system, sometimes called abdominal brain, whose influence is still underrated. Traditional Chinese medicine centres around the idea of achieving balance by means of “finding your centre”.

Whenever the centre is troubled, things like abdominal pain, constipation, diarrhoea, dyspepsia, flatulence and cramps can occur. Besides, anxiety stomach pain and irritable colon are symptoms triggered by an unbalanced centre. In this case you should help your stomach rediscover the centre, for example with the aid of these simple techniques:

Nature is equipped with excellent helpers against all kinds of stomach problems, for example melissa. Everyone knows it and many treasure it. It has a pleasant taste, slightly lemon-like, and it grows easily in the garden and in a flowerpot. But how can we use it medically? It has a wonderful soothing effect whenever we are suffering from stress, upset or poor sleep quality. This calmative property also takes effect not only in the digestive tract in case of anxiety stomach pain or irritable bowel syndrome but also when our heart reacts to stress. Therefore, it is a natural tranquiliser for the stomach, the heart and the brain. With regard to the stomach, melissa can have a favourable effect on acute gastritis, gastric ulcer, stomach cramps and bilious complaints. On top of that, it can be used to fight the “annoying” oral herpes since melissa is highly antiviral. It is available as a tea or as a finished dosage form, for example Gastrovegetalin® (internal use) and Lomaherpan® ointment (external use) against herpes.

Moreover, keep in mind that every viral infection, from flu through to stomach bug, can be counteracted with melissa. Gastrovegetalin® is particularly suited for kids, pregnant women and breastfeeding mothers, because it is an alcohol-free solution.

Speaking of pregnant women: quite often a result of the expanding stomach is acid reflux. Instead of making an antacid your first choice, try the juice of a potato first. One of its features is that it can absorb aggressive stomach acid and create a protective layer for the stomach and bowel mucosa.

The alkaline effect of the potato buffers the acid alkaline balance and settles it before the emergence of a metabolic imbalance, like it is often the case when dieting. Schoenenberger Kartoffelsaft® is easy to use and even though it does not taste good, it nevertheless does the body good.

If the stomach is completely disturbed and troubled by ulcers in the stomach and duodenum, it is time to use the presumably strongest medical plant against inflammations: liquorice root. Due to its ability to hamper the degradation of endogenous cortisone, it can have an anti-inflammatory effect on the ulcer. In addition, the mucosal, which is severely injured in case of a stomach ulcer, is protected. Protection of the mucosal also showed a positive effect in connection with taking medicine frequently. Again and again gastritis is linked to the stomach bacterium Helicobakter pylori. Liquorice root is believed to have a positive effect in this case as well.

The effect of these plants is very complex and cannot simply be traced back to single components. It is a sort of a collaboration that accounts for the strong healing power of liquorice root for instance. It is assumed that also the stomach and the gut profit, among others, from the detoxifying effect on the liver.

You can also make use of the cortisone-like effect of the liquorice root in case of an allergy or asthma, but keep in mind that in the long run, endogenous cortisone can also have side effects. Therefore, liquorice root cannot be used for a long-term therapy.

Well, all right: draw energy for your centre from the power of nature! Best regards, Steffi Full (Alternative Health Practitioner)